Originally settled in the late 1980s, Kidwai Nagar today represents an outlier case in Delhi’s informal housing landscape where no amount of in situ upgradation would be able to address the fundamental issues of adequacy and precarity faced by its residents. Our visit on 29th October 2018 was prompted by the latest threat: the construction of an underpass beneath the Barapulla flyover, linking the East Kidwai Nagar (EKN) redevelopment project with the INA market is threatening to destroy a number of homes. While the company in charge of construction says only 4 homes would be affected, residents and activists believe anywhere between 17 and 25 homes could disappear. The struggle of the residents has been demanding adequate resettlement for years – but the threat of immediate eviction of these houses in the absence of concrete promises surrounding resettlement has provoked a new round of mobilizing and protest. The bridge continues to be constructed, while the residents on the affected end of the settlement watch it slowly inch towards their homes.

Kidwai Nagar was settled in the 1980s by people largely from near Jhansi, Madhya Pradesh. Over the years, people from many other parts of the country also began to create houses there having moved to Delhi in search of employment. This led to a number of ‘camps’ – Padma Camp, Madrasi Camp etc. Today, the two major camps of Kidwai Nagar that remain are the Bengali Camp and the Arjun Das Camp.

Today, the settlements are in a situation that has forced the residents to think of resettlement as the best recourse. Entering Arjun Das Camp involves walking along a path that cuts across an open drain beneath the flyover. The drain, which is a dump of raw sewage and wild pigs, often floods to high levels during the monsoon – completely cutting off the point of access and trapping residents in their homes.

The camps currently consist of around 300-400 houses. A low wall runs behind them, beyond which is the East Kidwai Nagar redevelopment project site. Earlier more settlements lay on the other side of the wall, but those were relocated after it was found that some parts of the settlement lay on NDMC land while others lay on SDMC land. In the ensuing bureaucratic tangle, the current set of houses was left behind in the resettlement process. Close to 200 households were resettled in Bawana starting from 2012. For the remaining households, the fight since has been on a daily basis – against the weather conditions, extreme health risks and vulnerability to a number of diseases. 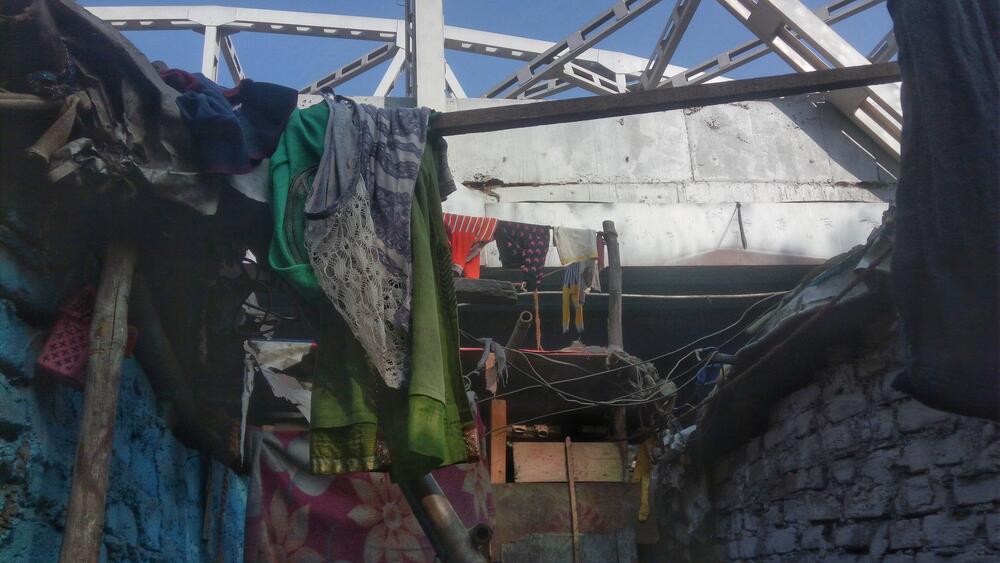 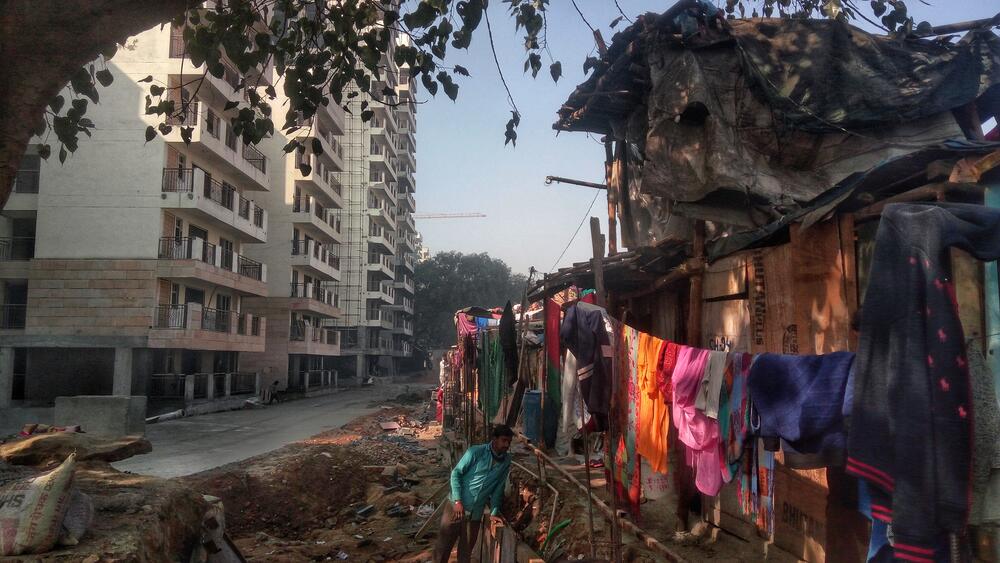 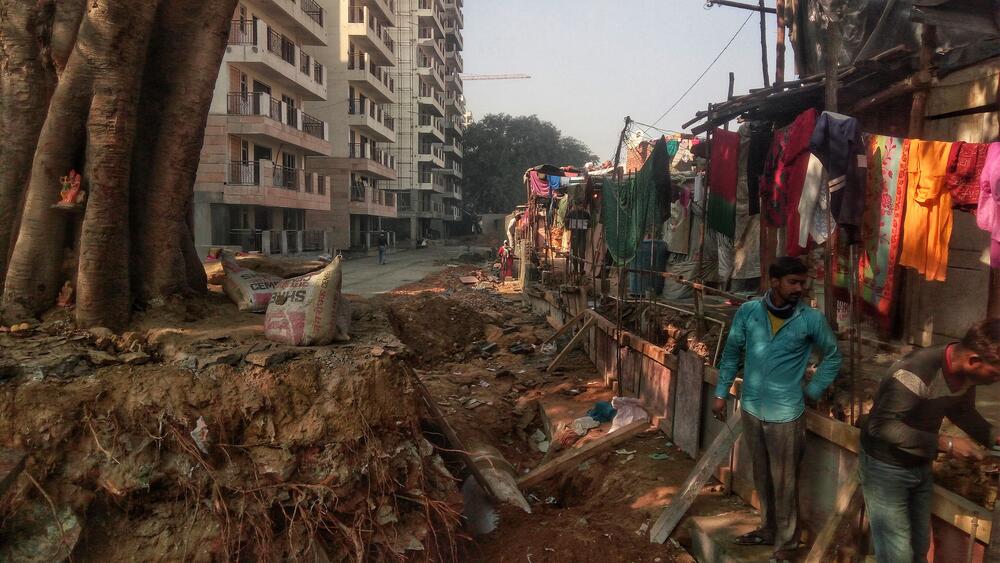 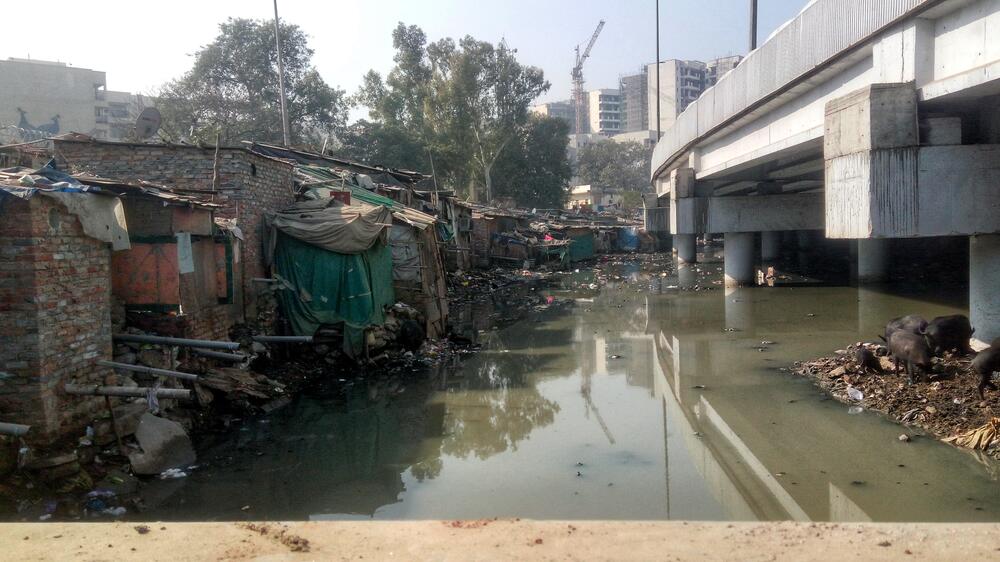 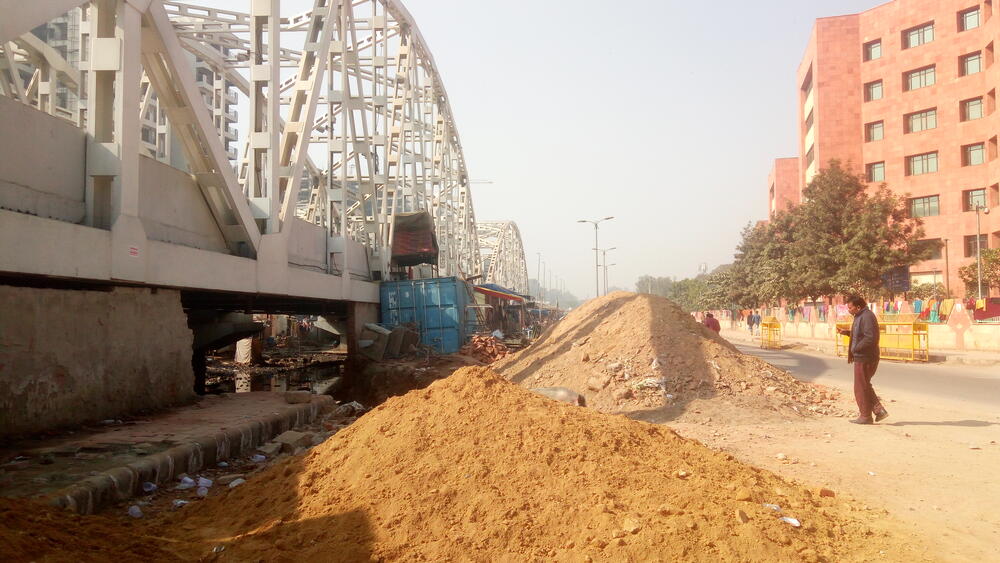 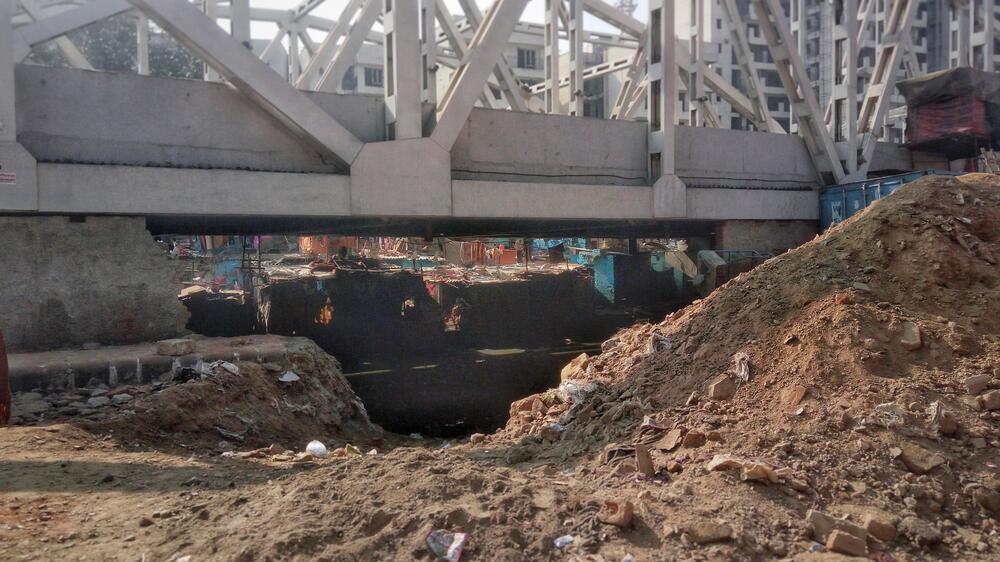 (Makeshift toilet at the settlement)

Following threats of eviction without resettlement to the remaining households, a protracted legal battle was waged with the community, under the leadership of Mathura Prasad ji at the forefront. The High Court finally ordered that a survey be conducted by DUSIB and the resettlement process completed. The survey was completed in May, and the residents now await resettlement in Dwarka. Until that happens, however, the company undertaking the redevelopment project (NBCC) and the Public Works Department (PWD) continue to lose money as they cannot go ahead with construction work. The residents refuse to budge and allow their homes to be bulldozed until the resettlement is guaranteed, creating the current standoff situation.

The conditions remain far from ideal, but for the time being it appears that the resettlement will happen in the next few months. It will still affect the lives of the residents – most of whom find work at the labour chowk nearby in Kotla. Kidwai Nagar represents a unique case where the health hazards, precarity and complete impossibility of in situ rehabilitation have made resettlement emerge as the most sensible option – yet how it will affect the patterns of proximate mobility to work and other chains of livelihood, communication and leisure that have been forged over more than 30 years will be a pressing question going forward. Wedged between a ‘model’ redevelopment project, an open drain and a flyover that facilitates solely private transport – Kidwai Nagar paints an evocative picture of the priorities of India’s emerging urban landscape.